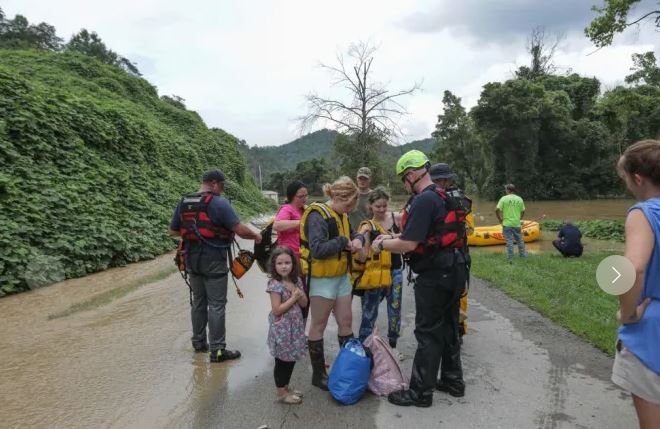 Edward Bauer, director of communications for the Diocese of Lexington, told CNA that none of the diocese’s churches or facilities have sustained significant damage, but the communities surrounding many parishes have been devastated and are in need of aid, with many homes and businesses flooded.

The flooding began with heavy rains on July 27, leading to widespread flooding across at least five eastern Kentucky counties by the weekend. At least 18,000 people remained without power Monday, and reports suggest that entire towns — many of which are in already impoverished areas — have been inundated. Gov. Andy Beshear has described the disaster as one of the worst in the state’s history.

The Catholic churches in the diocese have a strong collaborative partnership with other Christian communities, Bauer said, since at only 3% to 4% of the population, the majority of the people in eastern Kentucky are not Catholic, especially in the countryside. He said the Catholic communities in rural Kentucky have been working to provide what aid they can for the poor and needy, adding that another major problem has been that water supplies have been disrupted. He said the parish life director at Our Lady of Good Counsel in Hazard, Ky., told him they may not have clean water for weeks.

Several other dioceses have contacted the Lexington bishop — unsolicited — to offer to take up second collections for the flood relief, Bauer said. He also said that the Catholic Charities office in Lexington has been in close contact with Catholic Charities USA, working to coordinate national relief efforts.