Home » On Aug. 2, you can get this St. Francis-themed indulgence 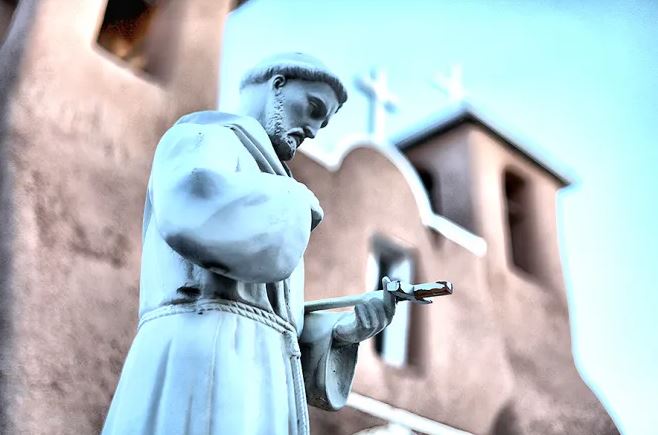 On Aug. 2, you can get this St. Francis-themed indulgence

The feast of Our Lady of the Angels of Porziuncola and its associated indulgence is a way to focus on the importance of Mary and the Franciscan tradition in the Church, said one friar.

The Aug. 2 feast is found in the Franciscan tradition, and marks the dedication of the parish church, called Porziuncola or “little portion,” which is one of those Italy’s St. Francis of Assisi rebuilt in obedience to Christ’s command to “rebuild my church.”

“For Francis, it was his most beloved place. He lived near it with the early followers … and he loved the Porziuncola, as it was part of his devotion to Our Lady.”

An indulgence is the remission of the temporal punishment due to sins which have already been forgiven, and it can be plenary or partial.

A plenary indulgence requires that the individual be in the state of grace by the completion of the acts, and have complete detachment from sin. The person must also sacramentally confess their sins and receive Communion, up to about 20 days before or after the indulgenced act.

Anyone who visits a Catholic church with the intention of honoring Our Lady of the Angels and recites the Creed, the Our Father, and prays for the Pope’s intentions, may receive a plenary indulgence on Aug. 2.

“Any kind of a prayer form that helps people come closer to God is obviously a good prayer form, and certainly an indulgence is one way,” Fr. Convertino said.

“It helps us focus on, in this case, the meaning of the Porziuncola and the Franciscan tradition, how it’s situated in the greater idea of the Church.”

The Porziuncola was built in honor of Our Lady of the Angels in the fourth century, and by St. Francis’ time had fallen into disrepair. The church, which was then located just outside of Assisi, became the “motherhouse” of the Franciscan orders.

“Although Francis realized that the kingdom of heaven is found in every dwelling on earth … he had learned nevertheless that the church of Saint Mary at Portiuncula was filled with more abundant grace and visited more frequently by heavenly spirits,” says the life of St. Francis written by Friar Thomas of Celano, read today by Franciscans.

“Consequently he used to say to his friars: ‘See to it, my sons, that you never leave this place. If you are driven out by one door return by the other for this is truly a holy place and God’s dwelling.’”

Fr. Convertino added that the Porziuncola “was the place he chose to lie next to on his deathbed, and at that time of course you could have looked up to the city of Assisi, which he also loved so well.”

The Porziuncola, a rather small chapel, is now located inside a large basilica which was built around it, to enclose and protect it.

For Fr. Convertino, the duality of the big church and the little church is a reflection of the relationship between the world-wide Catholic Church and the smaller communities which make it up.

“We feel the Franciscans kind of convey, we’re the ones at the heart of the Church, the little church there.”

He said that each time he visits Assisi, the “experience” of the Porziuncola is “compounded more and more,” and added that “it’s such a magnificent place, and the friars there are wonderful.”

Fr. Convertino also discussed the fresco now painted around the entrance of the Porziuncola, which shows St. Francis, together with some of his followers, receiving the indulgence from Christ and Our Lady.

“The idea behind the story is that Francis is asking Jesus for a Porziuncola indulgence, and Jesus is saying to Francis, ‘Well, you really better ask Mary, ask my mother.’”