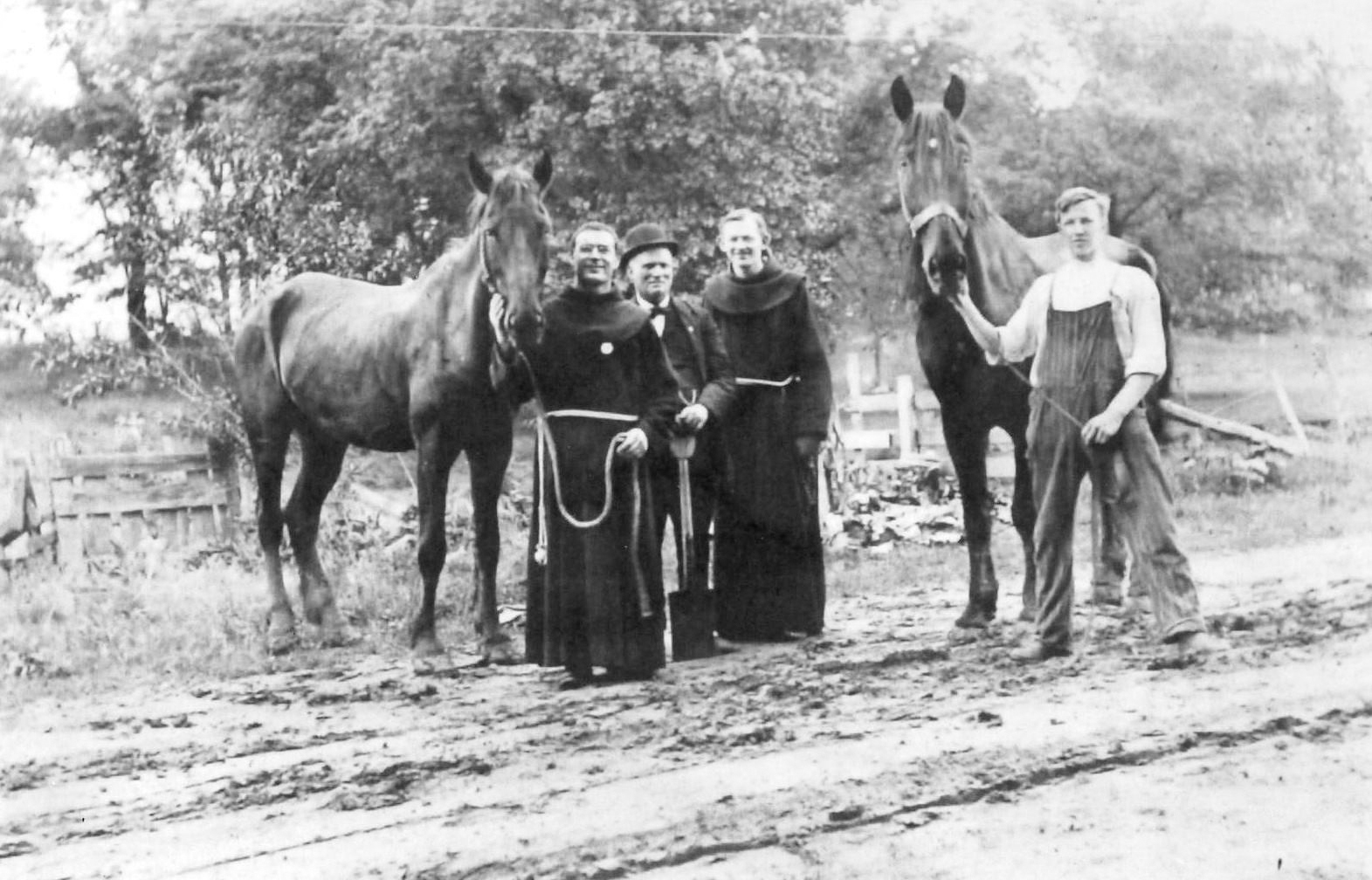 Attending a meeting for religious archivists, historians and congregational leaders in 2018, a book by the archivist for a women’s religious community caught the eye of Father Jack Clark Robinson, OFM, provincial minister for Our Lady of Guadalupe Province. With him at the conference were archivists from the six U.S. Franciscan provinces, including his own, who had recently committed to the process of restructuring into a single province.

“Wouldn’t it be wonderful,” thought Father Robinson, perusing the book, “to do one for the six provinces that are coming together, as a means of introducing friars in each one of the provinces to the other.” His love of Franciscan history was stirred as well. He has been teaching the history of Franciscans in the United States for over 20 years, and a book would give him the opportunity to say something to a broader community about them.

“The study of history,” he explains, “is a conversation with people who have been to places and times that we can never go to. We listen to their voices or we see their pictures and then we can build on that, work from that, add to it. God is at work in all of it.”

The resulting book, Franciscan Friars: Coast to Coast, is, he relates, “actually just a thin slice of the whole pie.” Its publisher, Arcadia Publishing, specializes in preserving local history throughout the United States in their Images of America series. Their books are built around photos, and Father Robinson’s greatest challenge became how to incorporate the overall history of Franciscans in the United States into photo captions. “It was great fun,” he says. “I enjoyed doing it, but it was kind of like a crossword puzzle, where you’ve got to fit in the letters.”

The book, which debuted in November, was a highly collaborative effort, with Franciscan archivists from the six provinces contributing archival images for the 128-page book by Father Robinson, each sending him what they felts were the most significant for their chapter. During the year-long project, the group met twice, the second time facilitated by a grant from the Academy of American Franciscan History, which brought in the archivists to spend a week sitting in on his Franciscan history class at the Santa Barbara novitiate and also talk about the book.

Its introduction of several pages is a mini-history of the Franciscans, beginning with their founder, St. Francis of Assisi, touching on their extensive missionary work in the western hemisphere (starting with Columbus’ second voyage in 1493), and continuing through Spanish colonial evangelization and later ministry with mid-19 century European immigrants who poured into the United States from Germany, Ireland. Poland and Italy, settling in pockets across the nation.

These Catholic European immigrants came from the lower rungs of society, Father Robinson points out, “people on the margins” who were pushed here by famines, religious persecution and political upheavals and Franciscans accompanied them all. Their outreach also extended to Native Americans in the southwest and African Americans

Each of the six merging provinces (Sacred Heart, St. John the Baptist, Holy Name, St. Barbara, Assumption of the Blessed Virgin Mary and Our Lady of Guadalupe) has their own chapter in the book, introduced with several paragraphs on their individual history, followed by a variety of black and white photos capturing the Franciscans at work and at play, their schools, churches and ministries, celebrations and tragedies over the years, with captions that are generous and informative.

The consolidation process that inspired the book is still underway, Father Robinson notes. It began in 2013 with a commission of the seven U.S. Franciscan provinces examining their current and future state. The report was not optimistic. Based on actuarials and demographics, it was evident that their present form was not sustainable and they would not be able to overcome dwindling numbers.

Much work was put into studying how to go about renewal and restructuring. “In 2017,” says Father Robinson, “we decided that the only thing that made sense was a unified one province in the United States of the OFM’s (Order of Franciscans Minor).” A simultaneous vote within the provinces took place, with one province, Immaculate Conception, withdrawing beforehand from participation in this and from the book. The remaining six agreed to petition the minister general to suppress their individual provinces and create, in Father Robinson’s words, “one new coast to coast province.” The process is estimated to reach completion in 2023.

“This book is to me part of this process too,” says Father Robinson, “because it is an attempt to help bring us together.” In the meantime, the provinces have been collaborating in various ways. The initial formation program has been unified on three levels and there is a single postulancy program in Silver Springs, Maryland and a single novitiate in Santa Barbara, California. A unified post-novitiate program taught in three schools is being considered, with one of those being Oblate School of Theology, where Father Robinson taught from 2000 to 2016.

Friars from the different provinces are now intermingled “coast to coast,” he adds, “which is a good thing” and will be happening “more and more.” God is at work in all of it.