Home » Where to give to help Ukraine 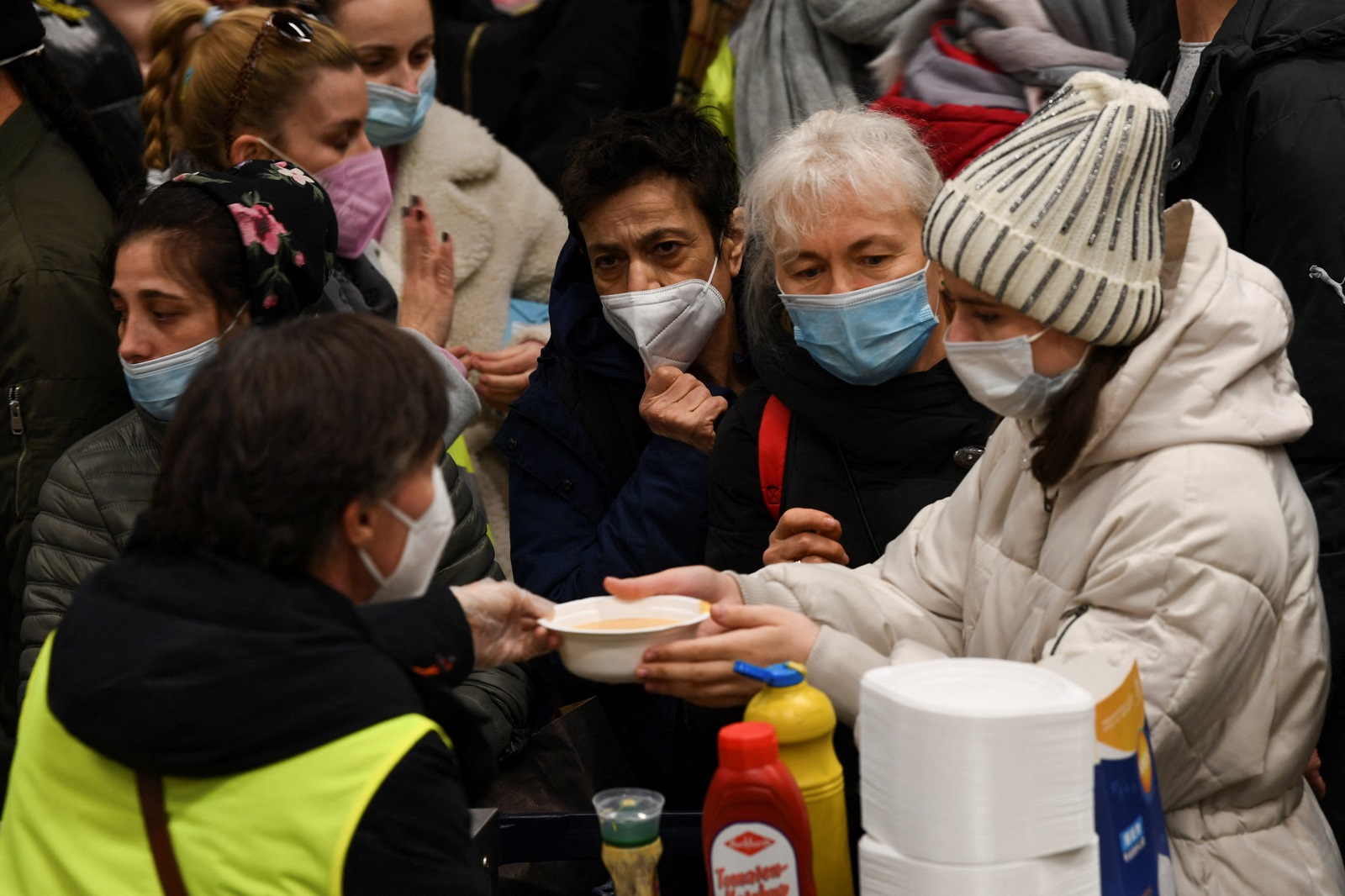 A volunteer hands a bowl of soup to a woman fleeing the Russian war in Ukraine at Berlin's central station March 9, 2022. More than 2 million people have fled Ukraine since the Feb. 24 invasion. (CNS photo/Annegret Hilse, Reuters)

Where to give to help Ukraine

WASHINGTON (CNS) — Various Catholic agencies are collecting donations to aid with the humanitarian crisis in Ukraine, as people flee to escape Russian bombing and shelling. Here are some places to donate. This list is not exhaustive.

The international Caritas confederation is collecting funds to help Caritas Ukraine. In the United States, that is through Catholic Relief Services. Internationally, you can donate through Caritas Internationalis.

The Ukrainian Catholic Archeparchy of Philadelphia also has a link to donate.

The Knights of Columbus launched the Ukraine Solidarity Fund for humanitarian needs in Ukraine and through refugee sites in Poland.

Donations can also be made to Jesuit Refugee Service to support the agency’s work with those forced to flee conflict in Europe.

The Salesians also are accepting donations to help refugees .

The International Catholic Migration Commission has set up an emergency appeal for Ukraine.

AVSI-USA also is collecting for partners helping with Ukrainian refugees.