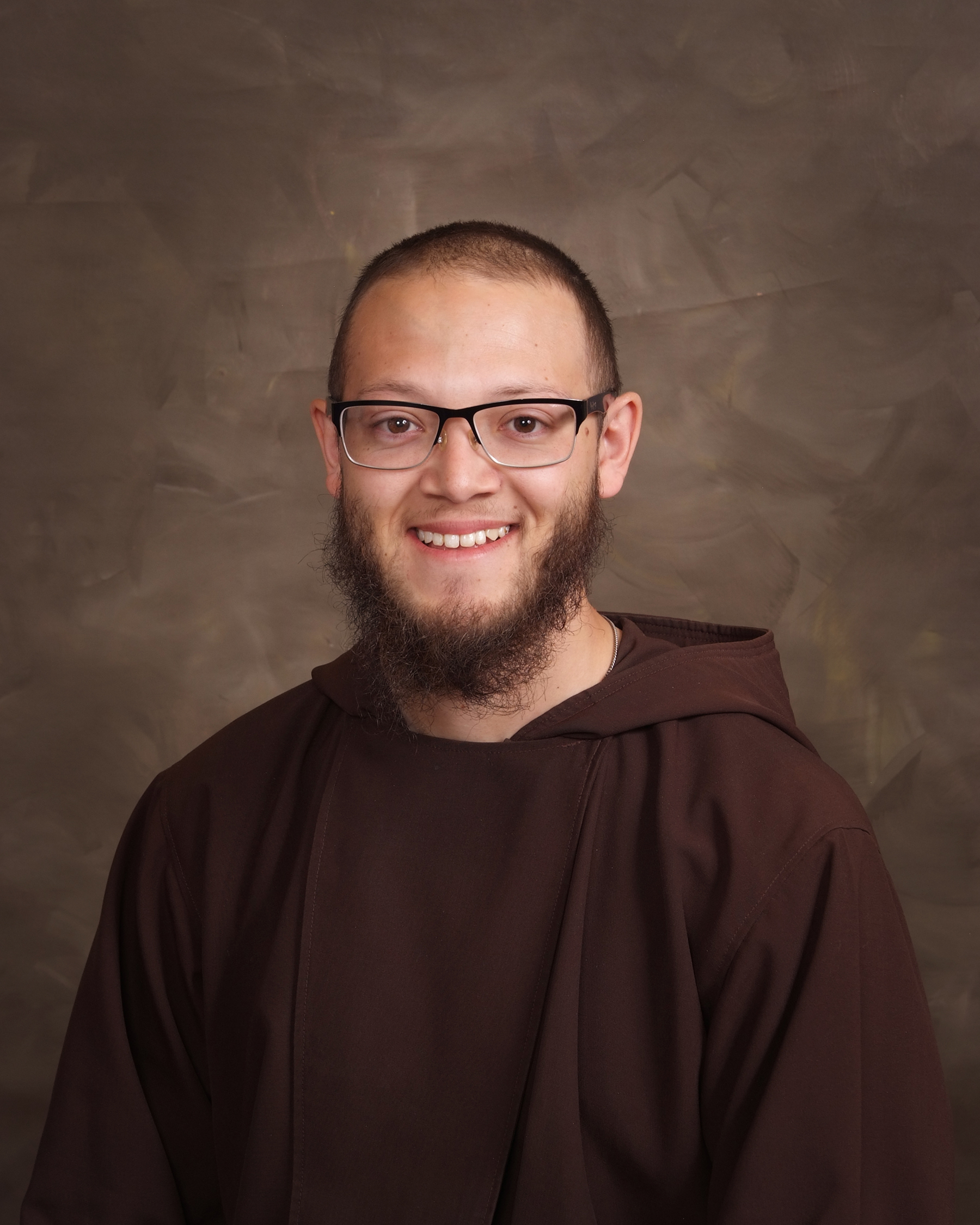 Capuchin Franciscan friars of the Province of St. Conrad, headquartered in Denver, have announced that three of their brothers have moved forward on their journey to the priesthood. Auxiliary Bishop Gary Janak ordained Brothers Jordan Rojas, Luke Jordan, and Vincent Mary Carrasco as transitional deacons at Immaculate Conception Chapel on the campus of Oblate School of Theology March 19.

All three brothers have been stationed in Denver in the course of their formation, but are currently students at Oblate School of Theology pursuing master’s degree in divinity. Meanwhile they made their Capuchin novitiate, in three different years, at San Lorenzo Friary in Santa Ynez, California.

A native of Alpine in the Diocese of El Paso, Brother Jordan Rojas studied criminal justice administration and information systems and worked as a manager for Citybank and Dell before beginning postulancy with the Capuchins in Denver in 2011-2012. He returned to Denver in 2014 for a year of post-novitiate training; and after further Capuchin formation in Lawrence, Kansas, he began the study of philosophy at Mexican American Catholic College in San Antonio in 2017 and theology at Oblate in 2019. As part of his seminary training, Brother Jordan engaged in hospital ministry at Methodist Hospital in San Antonio, taught RCIA at St, Mark’s Church, and interned in Caritas Legal Services at Catholic Charities.

Brother Vincent Mary Carrasco was born 1991 in Hereford in the Amarillo Diocese. He briefly studied video production and then earned a bachelor’s degree in Theology at St. Gregory University in Shawnee, Oklahoma, before becoming a postulant with the Capuchins in Colorado Springs in 2015. Coming to Denver for post-novitiate formation in 2017, Brother Vincent earned a certificate in philosophy at St. John Vianney Seminary, and then moved to San Antonio in 2019. As part of his studies at Oblate, he participated in the campus ministry program at St. Mary’s University, pursued Clinical Pastoral Education at St. Anthony North Hospital in Denver, and served a pastoral internship at St. Mark’s Church in San Antonio. He also has been active in a far-reaching music ministry which involved leading communities and parishes in Worship Nights and in composing podcasts, original songs and Mass settings.