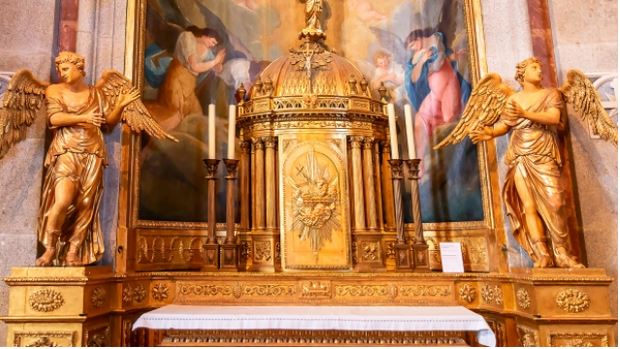 (CNA) — Criminal acts targeting Catholic churches and pro-life advocates were reported May 12 after a Mother’s Day weekend marked by unrest in multiple locations in the United States tied to anger over a possible Supreme Court decision overturning Roe v. Wade.

In one of the latest incidents, the pastor a Catholic church in Katy reported on May 9 that its tabernacle had been stolen from the church overnight. It was not known whether the theft had any connection to a pro-abortion group’s recent threats to disrupt Catholic Masses on Sunday and burn the Eucharist.

“We don’t know who did it but the police are investigating. Please pray for us and for those who committed this criminal sacrilege,” Father Christopher Plant of St. Bartholomew the Apostle Catholic Church, located in the Archdiocese of Galveston-Houston, tweeted May 9.

In another incident, a Catholic church in northern Colorado known for its active pro-life ministry was vandalized with pro-abortion graffiti.  The exterior of St. John XXIII parish in Fort Collins, about an hour’s drive north of Denver, was defaced with red spray-painted inscriptions of “My Body My Choice” and a symbol that appears to be an “A” signifying “anarchy.” Police said the incident took place around 1:15 am on May 7, and that some “exterior glass panels” were also broken.