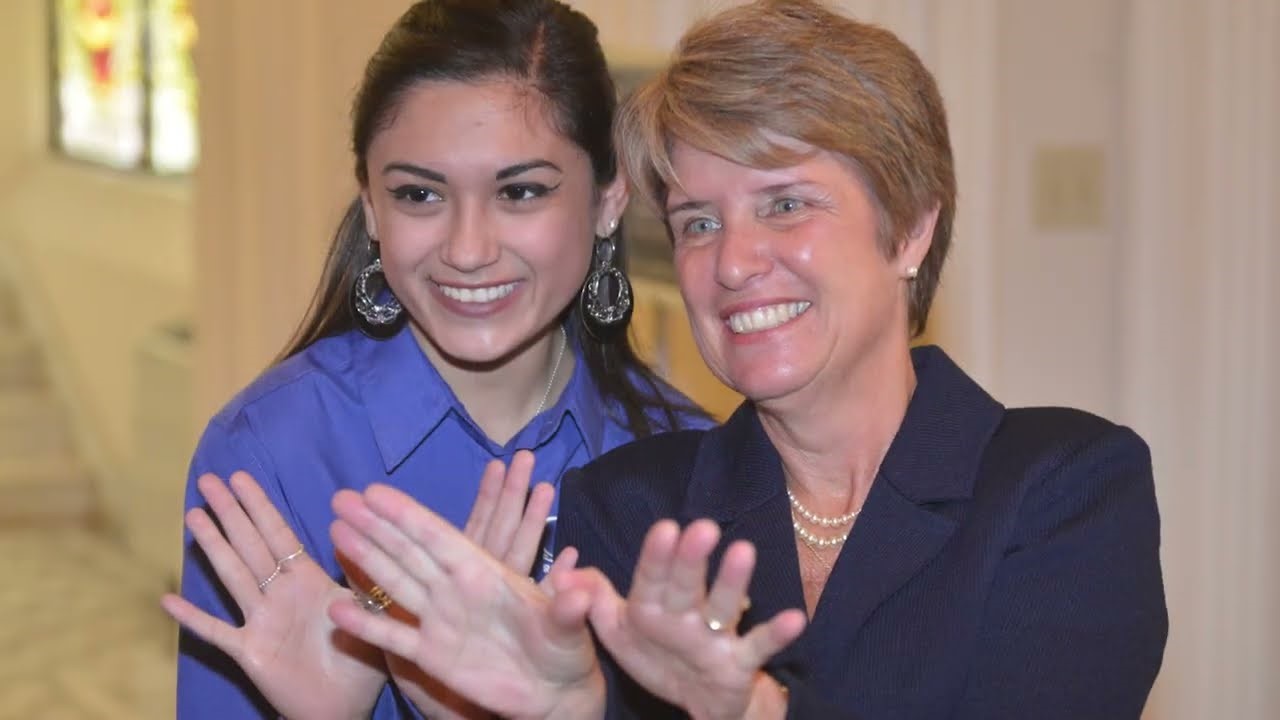 SAN ANTONIO — Our Lady of the Lake University (OLLU) honored President Diane Melby, EdD, with a festive retirement celebration on Thursday at the Whitley Theological Center. The event drew more than 100 guests for an evening of food, toasts, laughter, tears and memories.

Since Dr. Melby arrived in 2015, OLLU has flourished, advancing the Mission of the Sisters of Divine Providence and expanding its impact and reach across the U.S. and beyond. New facilities for campuses in Houston and the Rio Grande Valley have opened. The Slater Apartments stand as the newest residence hall on the San Antonio campus. And a $55 million comprehensive campaign — the largest in OLLU history — is nearly complete.

“It has been an honor to serve OLLU for the past seven years,” said Dr. Melby, who will retire next month. “I look forward to watching the university’s continued growth and emergence as a national leader in higher education. We are moving into a new era. And Dr. Abél Chavez is the right person to lead OLLU forward.”

Abél Chavez, PhD, will succeed Dr. Melby as OLLU’s 10th president on July 18. He attended the celebration, along with such distinguished guests as philanthropists Rubén Escobedo and Verónica Salazar-Escobedo (BA 1965).

“Dr. Melby led Our Lady of the Lake University with humility and kindness,” said Sister Ceasar, an OLLU trustee. “Her impact will be felt for years to come. She was an outstanding president.”