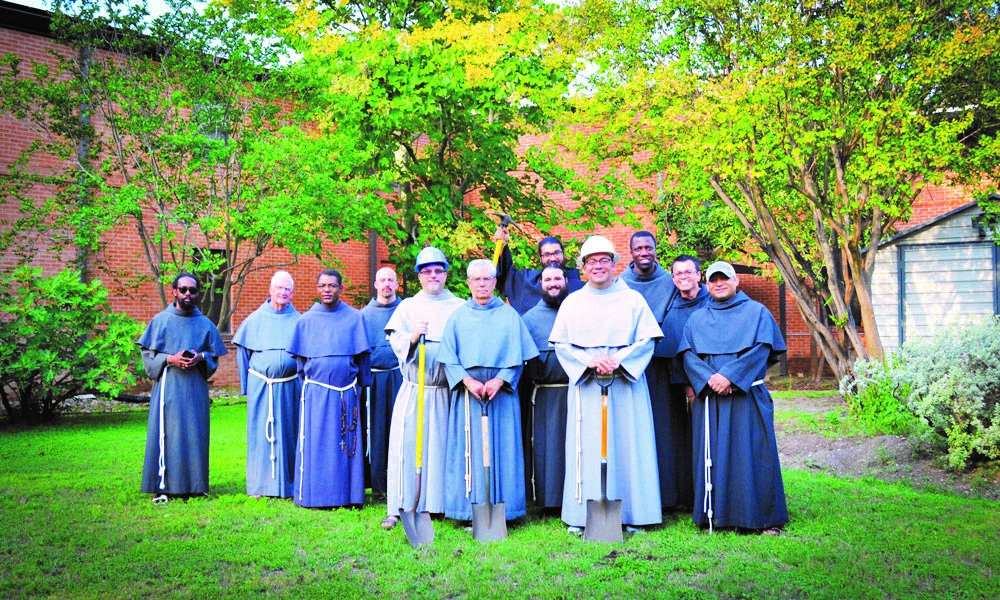 The new expansion will help continue to form and educate friars from across different orders and countries worldwide. Currently, it forms friars from the United States, Zambia, Mexico and has friars from both Conventual and OFM friar families. Those friars, once prepared, will serve as parish priests, retreat directors, campus ministers, chaplains, and in many other capacities in communities most in need all over the world.

“The Church in the United States has become more intercultural, more representative of the reality of our global human family. This new addition to the Franciscan formation fraternity allows us to share more fully in our new reality,” says Father Hellmann.

The Friars Minor Conventual beginnings date back over 800 years to St. Francis of Assisi and his first companions when they presented themselves to Pope Innocent III in 1209, seeking oral approval of their evangelical form of life. Today, Conventual Friars, one of three families of First Order Franciscans, continue to live in “conventos” or friaries, as they have been more commonly known in the United States. their worldwide community of more than 4000 friars is divided into Provinces such as the local one – The Province of Our Lady of Consolation.

Conventual Franciscan Friars first arrived in the United States in 1852 to serve the Polish-speaking immigrants around Galveston. By 1872, the number of Friars and amount of activity in the United States grew until a province was established, named for the Immaculate Conception and based in New York. Eventually, other provinces formed throughout the country.

In 1926, the Province of Our Lady of Consolation was formed to serve in the Midwest. It is headquartered at Mount St. Francis, located in the hills of southern Indiana across the Ohio River from Louisville, Kentucky. In the last 90 plus years, the province has expanded and has friars serving in areas from the upper Midwest (Minnesota) all the way into the Southwest (New Mexico and Texas). The province host friars from Central America, India, Mexico, Poland, seeking to deepen global brotherhood. Friars minister as priests, campus ministers, chaplains, retreat directors, in food kitchens, parishes, prisons, hospitals, schools, and anywhere there are people in need.