Home » Faith ‘is never a walk in the park,’ Pope Francis says on Peter and Paul feast 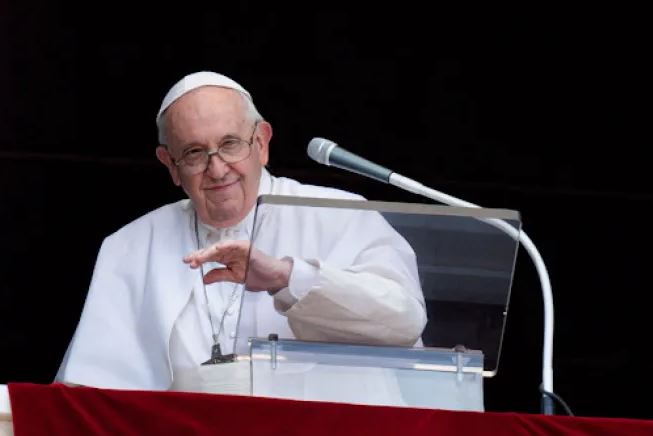 Faith ‘is never a walk in the park,’ Pope Francis says on Peter and Paul feast

The journey of faith is never easy for anyone, not even for the Apostles Peter and Paul, Pope Francis said in his Angelus address on Wednesday.

“The journey of faith is not a walk in the park, but is instead demanding, sometimes arduous,” he said on June 29.

The pope prayed a mid-week Angelus to mark the Solemnity of Saints Peter and Paul, the patron saints of the city of Rome.

In his message before the Marian prayer, he reflected on a passage from the Gospel of St. Matthew, when Peter says to Jesus: “You are the Christ, the Son of the living God.”

“It is a profession of faith, which Peter pronounces not on the basis of his human understanding, but because God the Father inspired it in him,” he said.

When Jesus then reveals to his disciples that he will suffer, die, and on the third day be raised, Peter rebukes him, saying, “God forbid, Lord! No such thing shall ever happen to you.”

Pope Francis recalled that Jesus’ response to Peter was: “Get behind me, Satan! You are a scandal to me, because you do not think according to God, but according to men!”

“Does not the same thing happen to us?” the pope said. “We repeat the Creed, we say it with faith, but when faced with the harsh trials of life, everything seems to falter.”

“We are inclined to protest to the Lord,” Francis added, “telling him that it is not right, that there must be other, more direct, less strenuous ways.”

St. Peter needed time to mature, moving from first horror at the cross to a courageous embrace of his own death, he said, noting that “the Apostle Paul also had his own path, and he too passed through a slow maturation of faith, experiencing moments of uncertainty and doubt.”

“The journey of faith is never a walk in the park, for anyone, not for Peter nor for Paul, not for any Christian,” he said.

The pope concluded his message with two questions for reflection.

“In the light of this experience of the holy apostles Peter and Paul, each of us can ask ourselves: When I profess my faith in Jesus Christ, the Son of God, do I do so with the awareness that I must always be learning, or do I assume that I ‘already have it all figured out’?” he said.

“And again,” he continued, “in difficulties and trials do I become discouraged, do I complain, or do I learn to make them an opportunity to grow in trust in the Lord? For he, in fact — as Paul writes to Timothy — delivers us from all evil and brings us safely to heaven.”

The pope addressed an estimated 15,000 people from a window overlooking St. Peter’s Square, according to the Vatican. During the Angelus and his remarks afterward, he sometimes placed his right hand on the windowsill and leaned his weight on his right arm.

The 85-year-old pope, who has an injury in his right knee, has used a wheelchair for many of his public audiences for almost two months. He has recently walked short distances with the support of a cane.