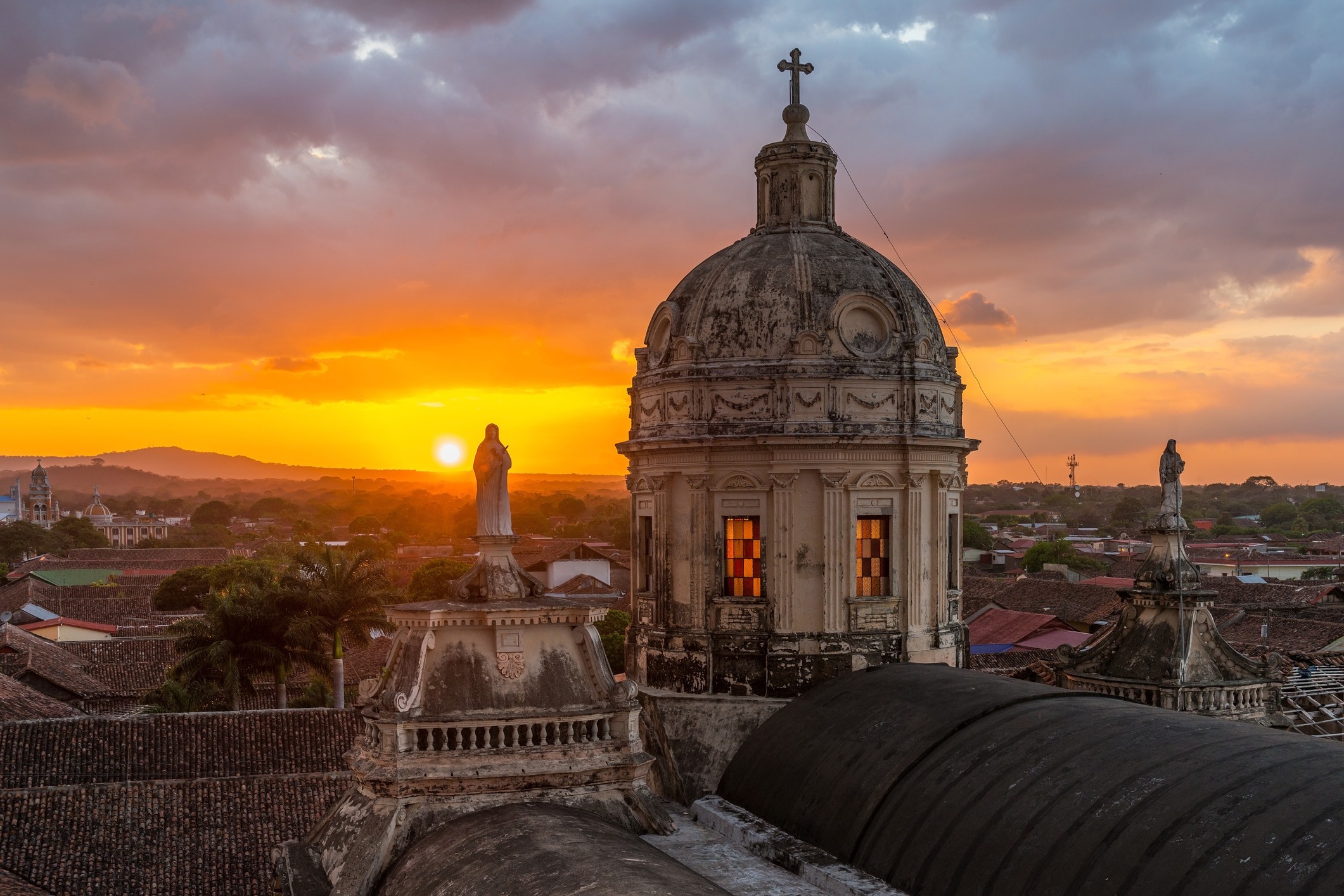 Pray for our Catholic sisters and brothers who are suffering in Nicaragua.

Reflect
When peaceful protests began in April 2018 in response to a decision to raise taxes and decrease pension benefits, the government’s brutal response left at least 19 dead and over 100 missing.  Demonstrations continue until today.  Protests have been met with government-sanctioned violence to repress dissent and increasingly the government is targeting the Catholic Church.  Catholics make up 46 percent of the population, but the Church has played a key role in providing sanctuary, aid, and support to protesters. Initially, given its prestige and well-regarded presence, the Church was asked to mediate a National Dialogue between the protesters and the government. During talks, when the Church insisted that it could not turn away demonstrators in need of aid, President Ortega’s administration began attacking the Church and the mediation failed.  The government began harassing clergy, arbitrarily arresting some, defaming the Church as “coup mongers” and “terrorists.” In one case, paramilitaries laid siege for 15 hours to a church where priests, students, and media had taken refuge. Bishop Silvio Jose Baez of Managua and other clergy were assaulted while trying to shield protesters. With death threats mounting against him for speaking out in support of human rights, Bishop Baez was recalled to Rome for his safety. Since then, Ortega supporters continued to desecrate Catholic churches, and threaten religious and the faithful. In 2019, the government shut off electricity and water to a church where hunger strikers protesting the detention of family members had sought sanctuary. With mobs surrounding churches and security forces filming, parishioners are now afraid to go to Mass. The government also withheld the delivery of sacramental wine and other goods donated to the Church.

Act
In addition to the political turmoil, Nicaragua is one of the poorest countries in Latin America that is often beset with natural disasters. Catholic Relief Services began working in Nicaragua in 1964. Support CRS’s agricultural, emergency relief, health, and youth job training programs to help save lives.