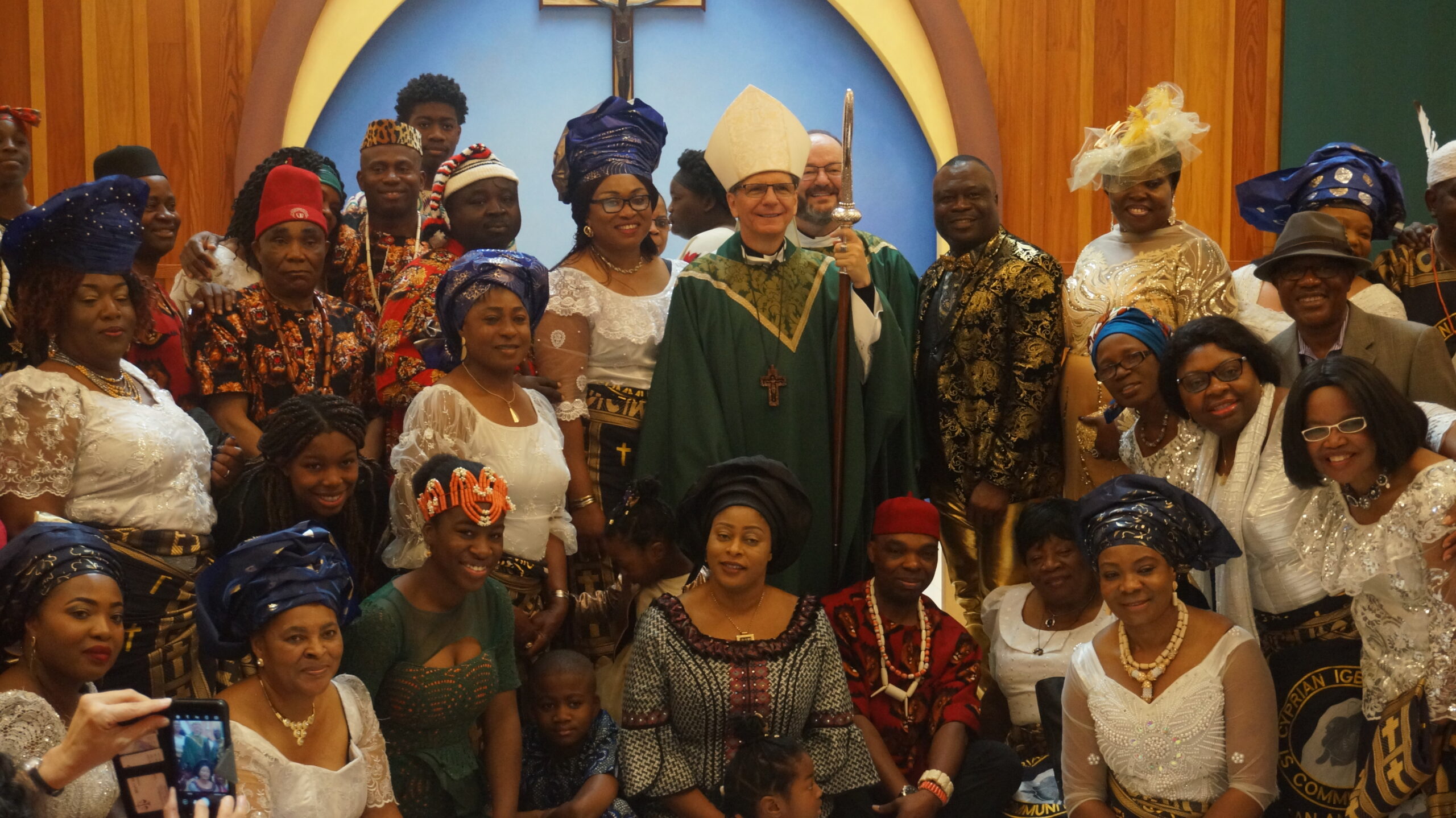 Holy Redeemer Catholic Church, formerly known as the Divine Redeemer Home, is located at Vargas, Nevada and Gevers Streets in San Antonio, Texas. Holy Redeemer was originally founded as a home for aged, needy and orphaned Negroes. Later on, the name was changed to Holy Redeemer Church.
Sometime in the early part of February 1901, Father A.J. Dumolin, pastor of St. Peter Claver, a church for colored people on the comer of Nolan and Live Oak Streets, came to see a friend at South Heights to inquire about the possibility of securing a ground site to establish a “work of charity” facility.
Knowing that the diocese owned four lots in the east end of San Antonio between Vargas and Gevers Streets, this friend informed Father Dumolin about the lots and recommended
that he see Bishop John Forrest about securing them. Father Dumolin did confer with the bishop and was granted conditional consent for the “work of charity” to begin at that site.

On Feb. 22, 1901, Father Dumolin went to the site, blessed it and the work to be done in God’s name, and prayed for direction and success. That afternoon, the first building materials were ordered. On April 21, 1901, three main buildings on the site were completed, and on Nov. 7, 1901 the altar, which
was donated, arrived at Divine Redeemer Home. Arrangements were made to have Mass celebrated on Thanksgiving Day. An organ was borrowed, and an impromptu choir was organized.

On Dec. 25, 1901, a beautiful service was held, and attendance was good. On Palm Sunday 2006, a milestone was reached at Holy Redeemer. After years of planning and construction, parishioners moved into the long awaited new sanctuary, processing inside to the tune of “Get Your House in Order.” Archbishop Jose Gomez dedicated the new sanctuary on May 3, 2006. In October 2007, Father Bruce Schultz, OP, pastor, was reassigned, and the community was without a pastor.

In January 2008, Father Kevin P. Fausz, CM, a Vincentian priest, was announced as the new pastor, and was installed by Archbishop Gomez on Aug. 17, 2008. Under his leadership, a Capital Campaign
was started to provide for the restoration of the original church, and to remodel and expand the parish hall to meet the growing needs of Holy Redeemer. The campaign, known as “Rooted in Faith, Building for the Future” is still in progress. The parish is now the only predominately African American
Catholic Church in San Antonio, and serves as a beacon of God’s love on the east side of San Antonio.