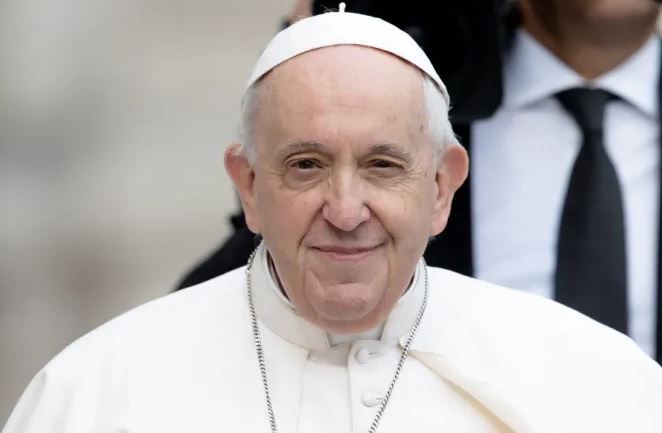 Pope Francis, on the Solemnity of Sts. Peter and Paul, issued a letter to Catholics on the liturgy and the celebration of the Mass.

The letter was published just before the July 16 anniversary of his controversial motu proprio Traditionis Custodes, which introduced new rules restricting the celebration of the Traditional Latin Mass.

In Desiderio Desideravi, Pope Francis did not change Church law, but said he wanted “to invite the whole Church to rediscover, to safeguard, and to live the truth and power of the Christian celebration.”

“I want,” he wrote, “the beauty of the Christian celebration and its necessary consequences for the life of the Church not to be spoiled by a superficial and foreshortened understanding of its value or, worse yet, by its being exploited in service of some ideological vision, no matter what the hue.”

Why is this topic so important to Pope Francis? In a word, because he is concerned about unity, a liturgy expert said.

The pope is the guardian of unity in the Church, something which is threatened by liturgical in-fighting, Father Dominik Jurczak, a Dominican and expert in sacred liturgy, told CNA.

Jurczak is a lecturer at the Pontifical Institute of Sacred Liturgy, “the Anselmianum,” and at the Pontifical University of Saint Thomas Aquinas, “the Angelicum,” in Rome. He is also chairman of the International Liturgical Commission of the Dominican Order.

The focus should be on trying to celebrate the Mass well, according to the rubrics in place, he said.

Father Giovanni Zaccaria, secretary of the Liturgy Institute at Rome’s Pontifical University of the Holy Cross, said it is not wrong to have an attraction to the Mass as celebrated with one Roman Missal over another, as long as it does not become an idol.

“Because otherwise we risk creating division in the Church. And that is what the devil wants, that we become divided,” said Zaccaria, a priest of Opus Dei and author of the Italian language book “The Mass Explained to Teens (and Not Only to Them).”

The Roman Missal is the book containing the text and instructions for the celebration of the Mass. In the Roman rite, Mass is most often celebrated according to the 1970 Roman Missal, which was promulgated after the Second Vatican Council, though some communities use the 1962 or an earlier Missal.

“The most effective celebration is that which brings me to God by the power of the Holy Spirit. That is the most important thing,” Zaccaria underlined. “Then, certainly the relationship must be taken care of, that is, where one realizes what one is doing and that this is heaven on earth.”

Pope Francis also emphasized the importance of understanding what one is partaking in at Mass and other liturgical celebrations.

“We owe to the Council — and to the liturgical movement that preceded it — the rediscovery of a theological understanding of the Liturgy and of its importance in the life of the Church,” he wrote in Desiderio Desideravi.

The pope praised the study of liturgy in a scholarly setting. “Nonetheless,” he added, “it is important now to spread this knowledge beyond the academic environment, in an accessible way, so that each one of the faithful might grow in a knowledge of the theological sense of the Liturgy.”

Zaccaria and Jurczak both said that while liturgical formation can include formal study, it is not merely an intellectual act, but rather a deepened participation in the mystery of the celebration.

Valentina Angelucci, a doctoral candidate in sacred liturgy at the Anselmianum, agreed.

“To participate in the one mystery is to understand, that is, to be aware of the mystery that is going on,” she told CNA. The pope’s apostolic letter on the liturgy is also a good opportunity to refine the Church’s way of defining “participation” at Mass, she added.

“That participation,” she clarified, “does not mean making [people] do things,” such as taking on a role as lector or usher. “Participatory means that the people are present and realize that their presence at Mass is fundamental.”

Jurczak, the Dominican priest, said when discussing liturgical formation, “one of the mistakes is to treat the liturgy as an intellectual act.”

The answer to abuses within the liturgy after Vatican II, he said, is not “to adjust in an intellectual way, or to memorize, for example, the definition of the liturgy.”

What is the liturgy for?

“It struck me in that letter of Pope Francis,” Jurczak said, “that very often he is trying to remind us that in the liturgy is Jesus Christ, liturgy is about Jesus Christ, who is the priest and who is celebrating, and we are participating.”

Zaccaria, the Opus Dei priest, explained that through divine worship, Catholics “participate in the heavenly liturgy, where God is praised, eternally glorified by saints, by angels, by the whole of heaven.”

“The Mass, but also the Liturgy of the Hours, Lauds, Vespers, any liturgical action, any sacrament,” he told CNA, “puts us in communion with God, obviously eminently in the Eucharist.”

Angelucci, the doctoral candidate, emphasized that the liturgy is “a living thing.”

“The liturgy is not at the whim of the individual ever, because it is not ours. The liturgy is a gift, and above all … the work of the Trinity,” she said.

But the Church’s manner of celebrating the liturgy has and does change, she noted.

“For as long as it has existed, [the celebration] has been living with the people who celebrate it. And so it is a living thing that changes,” she said.

The councils and the missals

Zaccaria explained that before the Council of Trent in the mid-16th century, there was considerable variation in the liturgical books used throughout the Church.

The Council of Trent decided that the churches of the Roman rite should all use the same books, unless a local church could prove it had a tradition dating back more than 200 years.

A few years after the council concluded, St. Pope Pius V, on the directions of the council, issued a new missal. Because this form of the Mass came out of the Council of Trent, it is often called the Tridentine Mass (Tridentum is Latin for Trent).

Pius V’s Missal was the primary form of the Mass in the Roman rite for 400 years.

In 1962, before the opening of the Second Vatican Council, St. Pope John XXIII issued a revised version of the Roman Missal, including the reforms of Venerable Pope Pius XII, his predecessor.

But the 1962 missal, Jurczak explained, was intended to be “transitory.” It was “not the final product.”

After Vatican II, the missal promulgated by Pope Paul VI in 1970 came into force in the Catholic Church. Still today, it is sometimes called the Novus Ordo, or “New Order,” of the Mass.

In the Second Vatican Council, the Council Fathers took “the liturgy as the first argument,” and issued Sacrosanctum Concilium, a constitution on the sacred liturgy, as the ecumenical council’s first document, Jurczak said.

The Fathers’ idea was to renew the liturgy, Jurczak said. “And obviously the renewal process is not easy. Nobody knew how to do that and how to proceed.”

Popes since the Second Vatican Council — John Paul II, Benedict XVI, Pope Francis — “are trying to implement what Vatican II said” about the liturgy, he said.

The experts made a distinction between the theological ideas the Council Fathers had for the Church’s liturgical renewal and what actually took place.

Zaccaria said one of the problems is that “in the years immediately following the Council, so basically the … late ‘60s, early ‘70s, and early ‘80s … the ecclesial climate was a climate of ‘everything is changing.’”

Zaccaria said the idea that everyone could do whatever they wanted was “in violent contrast to what was there before.”

“Because before, for example, to celebrate Mass there were pages and pages where you were told everything you have to do, how you had to hold your hands, how you had to move your feet, that is, everything was absolutely prescribed down to the last comma,” he said.

According to Zaccaria, the new liturgical books themselves are not the problem. Instead, “It’s the way the reform has been received” and implemented, he said.

When a priest does not celebrate the Mass according to the rubrics, when he freely changes things, the Mass appears to “have nothing to do with the divine,” to look more like a show, he said, adding that it is a natural reaction, in this situation, to take refuge in “the sure thing.”

This is where the reform, Jurczak said, “has created a huge tension inside the Church.”

“What we can see,” the Polish priest said, “is that the liturgy, its missal, is very often used to force my position in the Church. That’s something improper, if not diabolical, in the entire discussion on the liturgy, because we are talking about the most holy, most secret spaces in the Church. And at the same time we are fighting against each other using the liturgy.”

This is precisely why Pope Francis reacted the way he did, Jurczak said.

Zaccaria said “there is nothing wrong with celebrating according to the liturgical Books of the Council of Trent. There is no problem, that is, in the sense subject to the indications that the pope recently gave in Traditionis Custodes.”

If someone decides, “after studying, thinking, praying, etc., that for me and for my community these liturgical books are more suitable, wonderful,” the priest said. “This is not a problem. As long as this is not an ideological position, that is, taken in opposition to the Second Vatican Council.”

He pointed to another constitution from the Council, Lumen Gentium.

“The reform of the Second Vatican Council,” he added, “stems from this vision of the Church, that is, the Church sees itself in this way and therefore celebrates according to this way of seeing itself.”

The 1962 Roman Missal puts the priest at the center, he said. “And in Paul VI’s Missal, the center is the Church, present, the whole Church, head and members, Body of Christ, present at that time in that place, in its different articulations,” he explained.

“Even there, if there is no priest, there is no Mass. He is not the center, though. It is a different vision of the Church,” he added, but “both are true.”

According to Jurczak, Pope Francis in Desiderio Desideravi is trying to make the liturgy “much more approachable to people, to make it much more understandable for people.”

While the pope is not offering anything “new,” so-to-speak, “we don’t need to have something new to go forward,” he said.

“The Liturgy,” the pope wrote, “does not leave us alone to search out an individual supposed knowledge of the mystery of God. Rather, it takes us by the hand, together, as an assembly, to lead us deep within the mystery that the Word and the sacramental signs reveal to us.”

“I think that Pope Francis tries to remind us that … even if I’m pro the ‘62 Missal or ‘70 Missal, if I’m in the former liturgy or renewed liturgy, we have to start again thinking about the liturgy itself, to stop fighting about rules. They are important, but we have to move back to the nature of the liturgy,” the priest said.